One-day field trip to Yundola will be held on  9 May 2014. Field trip is included in the registration fee for all participants. In the fiel trip are included transportation, technical visit of Training and experimental forestry range "Yundola", professional guide, lunch and short touristic program.

YUNDOLA TRAINING AND EXPERIMENTAL FOREST RANGE
The training and experimental forest range Yundola has been established had been granted in 1925 as a centre for practical training and scientific research of both students and teaching staff. It is located on the border of Rila and the Western Rhodopa mountains at 1000–1800 m altitude and occupies an area of 5190.6 hectares. About 93.5 % (4853.8 ha) of that area is covered by forests.

The whole area is managed by the University of Forestry in Sofia as an outdoor classroom and research facility. Current land use planning is generally consistent with the multipurpose forest management and with the conservation and sustainable development of forest landscapes in the modern socio-economic conditions.

The total stock amounts to 1,324,500 m3 or average stock – 273 m3 per ha (logs only). The average annual increment of the total area is 17,200 m3. The average age of the stands is 75 years. The growth conditions are typical of coniferous stands and allow the establishment of various training and demonstration sites and experimental areas.

The lowest point of the area is the valley line of Dulboki Dol and Lyuta Reka (1030 m altitude), and the highest point is Arapchal Peak (1834 m). The average altitude of the wood productive forest area is 1460 m.

The Director and staff office (on the left) and the Student hotel (on the right) of the forest service are situated at an altitude of 1380 m. The average annual afforestation in the range amounts to 100 dka. The total area of the tree nursery amounts to 19 dka producing 500,000 seedlings of Norway spruce, Scots pine, Silver fir etc. From the scientific point of view, numerous scientific short-term and long-term experiments have been carried out and 110 permanent experimental plots have been established. As a result of these experiments a number of issues regarding the growth and productivity of the main forest tree species, stand structure, proper fellings, forest and site types, varieties (ecological and biotype) of species, have been clarified. Experiments related to many of these issues are still being carried out. At present, scientific observations are being made on permanent experimental plots by the departments of Forest Management, Silviculture, Dendrology, etc. Interesting studies are being conducted on the established geographic cultures with the purpose of checking the growth and productivity of coniferous species of different origins.

The Ecological station “Prof. Asen Biolchev” in Yundola has been established in 1965. It covers about 321 ha of mixed conifer forest stands between 1450 and 1650 m above sea level. The main purpose of the station is the systematic study of the processes of liquid and solid run-off formation with a special emphasis on the role of forest ecosystems and the factors of coniferous forest management. The information provides the opportunity of making "background" assessments of the effect of the selection, shelter-wood and clear cutting. Another basic aim of the studies is to reveal the main factors, relationships and forms of display of water erosion.

A limnigraphic station is set up at the estuary of each water catchment as well as a network of rain-gauging stations. The automatic runoff gauging stations records water discharges every ten minutes.
The observations of the precipitation rate and the resulting water runoff are carried out on a daily basis from the period of spring thawing (the beginning of May) till the autumn freeze (the beginning of November).

Systematization of the available hydrological information at Yundola station was performed in a specially set up information database for 50 years, which contains data about the daily water quantities and precipitation, air temperature and annual sediment run-off.

The region Yundola is situated between Rila and Rodopi Moutains just 16 kilometres away from the famous SPA resort Velingrad. Yundola is actually a wide field long about 3 km.

The area is suitable for excursions and tourism. Great panoramic view transforms Yundola in to unique place in Bulgaria. In the region there can be also find other nature parks and landmarks as well as some historical sights - Paleontological Museum and ancient fortress Tzepina.

Back • Back to Home page 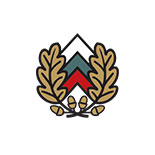 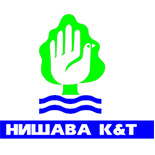